The Missisquoi History Society (MHS) is dedicated to the acquisition, conservation, presentation, interpretation, education and dissemination of the history and heritage of Missisquoi County. We believe that history is continually evolving and to this end, we offer programs, research and exhibits that celebrate our past and our present in Missisquoi County for present and future generations. 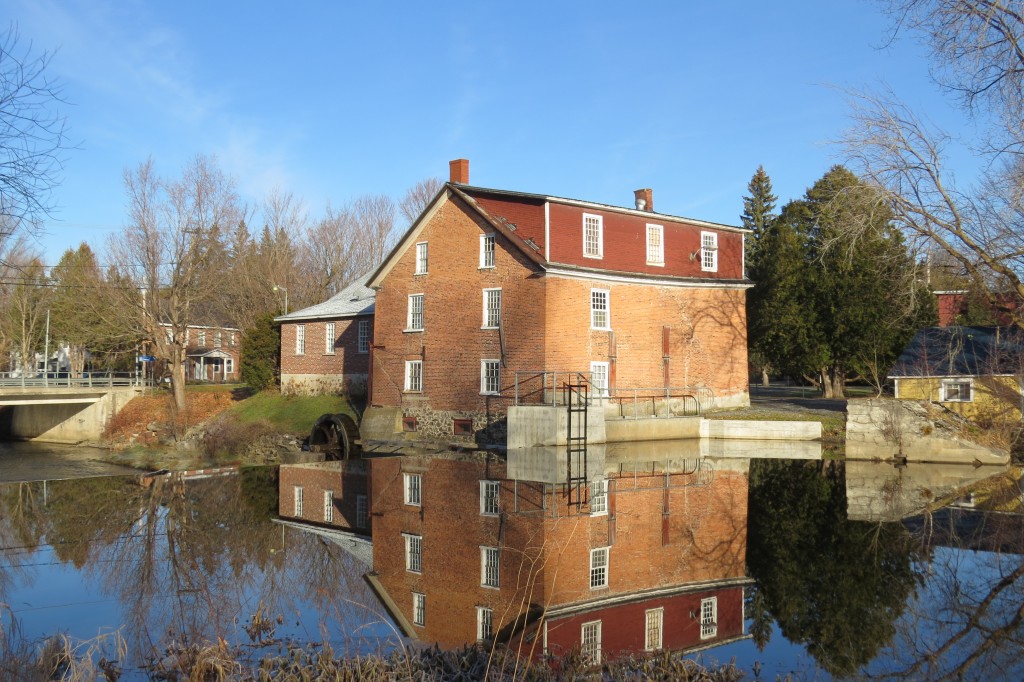 In spite of drifting snow and severe cold, thirty-nine people gathered on a January morning in 1960 at the Bedford High School to discuss the revitalization of the dormant Missisquoi Historical Society. Founded in 1899, the Society was active until the beginning of World War I and while not dissolved, it became idle for nearly 50 years. Interest to revive the sleeping historical society began at the Cowansville Community School in the history classes offered by Marion Phelps and Gerald Hawke.

Strengthened by a renewed commitment from community volunteers, a new bilingual constitution restated the Missisquoi Historical Society’s dedication to preserve its local history. By the autumn of 1961, a temporary museum was established in a school house in Dunham, Quebec and the Society published its sixth annual and illustrated report. The Missisquoi County Museum was opened officially by Kenneth Baker Q.C. of Montreal in October 1962.

The vision of the first board of directors was to collect objects and documents pertaining to all history relating to Missisquoi County and in particular to the Loyalist settlement history and the early families that farmed and settled the county in the 18th and 19th centuries. Fittingly then, the first object given to the Museum and assigned a catalogue number was a late 18th century threshing flail donated by Foster Wightman in June 1964.

The Missisquoi Historical Society is administered by a board of directors elected at its annual general meeting. The board holds monthly meetings; it is made up of members from the local communities.